Join us on an expedition to translate the new frontiers of sports nutrition, for all dietitians working with athletes big and small, recreational or elite.  Past the basics of macro and micronutrients to new tools, shifting training models and applying updated concepts to each athlete to optimise performance and well-being. We have invited a wide array of professionals to add insight to dietitians’ management of their athletes. From industry leaders in sports medicine, high performance, biochemistry and sports law, we are aiming to take all dietitians working in sport to the next level.

For more information, provisional programme or to register please click below 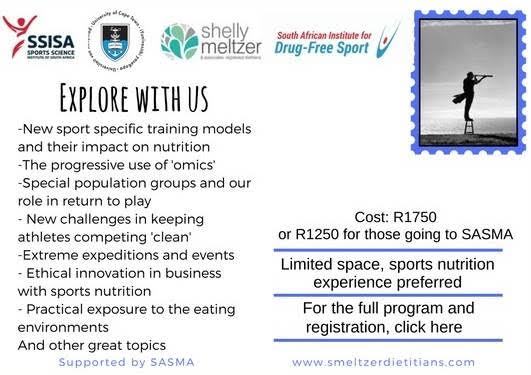 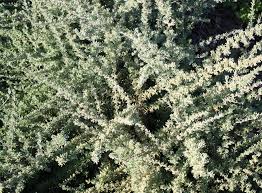 I decided to break the rules for “K” and to focus on a herb, rather than a spice. My rationale was as follows: spices with a “k” are limited but locally we have an abundance of indigenous “k” herbs, one of which is “Kapokbos” (wild rosemary), which has so many wonderful attributes, it would be amiss not to say something about it.

Kapokbos (Eriocephalus africanus) is also referred to as Cape Snowbush (translated from the Afrikaans word “Kapok” which means cotton and “bos” means “bush”) as the woolly fruits look like snow or cotton balls. The leaves are thin and grey, fragrant and full of flavour. Incidentally, the unique taste of the lamb in the Karoo has been associated with various local shrubs that the lambs graze on – one of which is Kapokbos.

Traditionally, Kapokbos has been used as a medicine for many ailments like coughs and colds, flatulence and colic, as a diuretic and a diaphoretic, or included in shampoos, flea and lice repellants and pot-pourris.  A tea is usually made with 1 cup of boiling water and a sprig of wild rosemary. Dried or fresh leaves and young tops can be finely chopped and used as a condiment/flavour in soups, salads, vegetables and in meat-dishes (as a marinade or stuffing in chicken). Wines, vinegar, oil and butter can also be flavoured with this herb and it is not unusual to see it feature on local menus in a variety of dishes from French toast with a fruit coulis, to Kapokbos potato noodles, potjies (stews) and even in peach jellies.

Here is a recipe for a marinade for venison or a lamb. Delicious!

A few lengthwise-sliced cloves of garlic

Deboned lamb or venison (if making skewers, cube the meat)