Publication in the South African Journal of Sports Medicine

Karlien Duvenage, Shelly Meltzer and Sarah Chantler authored the following article that was recently published in the SAJSM in September 2015.

Here is the abstract:

Initial investigation of nutrition and supplement use, knowledge and attitudes of under-16 rugby players in South Africa.

Background. Internationally young athletes are reported to have a poor understanding of the principles of sports nutrition and supplement use; hence their diet may be unhealthy and inappropriate for participation in sport. There is limited research on current nutritional knowledge and attitudes of under-16 (U16) age-group level rugby players in South Africa (SA).

Objectives. To assess dietary- and supplement-related knowledge and attitudes of 198 U16 national-level rugby players in SA.

Methods. Over a period of four consecutive years a total of 198 players attending nutrition workshops at the annual selection camp received and completed an anonymous structured questionnaire. Anthropometric measures (weight, height and skinfolds) were gathered by registered biokineticists.

Results. Of players 87% (168/193) indicated that they wanted to increase lean muscle mass, with 42% (82/194) feeling pressurised to do so by their coach and/or parents. Almost half (85/196) believed their diets to be poor. Players had better knowledge about nutrition recovery strategies than pre-game meals. Seventy per cent (136/195) identified optimal timing and 56% (109/196) knew the ideal macronutrient composition of recovery meals. Over 60% of players believed supplements were safe (115/192) and necessary (132/193) for increasing muscle mass, and almost half (106/195) believed they could take creatine. Over a third (68/170) also believed that the protein quality of supplements was higher than that of food. Supplements were primarily recommended by coaches and non-dietetic medical practitioners. Eight of the players self-prescribed supplements and four were taking supplements on the advice of a store salesperson or representative.

Conclusion. The elite U16 rugby players in this study lacked comprehensive sports nutritional knowledge, yet had an overly positive attitude toward supplementation and used supplements haphazardly to achieve body composition goals. Tailor-made nutrition interventions with a strong education component are recommended to improve players’ nutritional knowledge, as well as access to registered dietitians working in sport to advise on supplements. 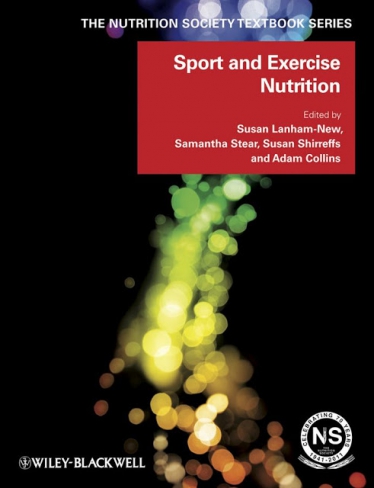 Some of the dietitians in the practice have contributed to two international books.

To find out more about these books click on the following links: